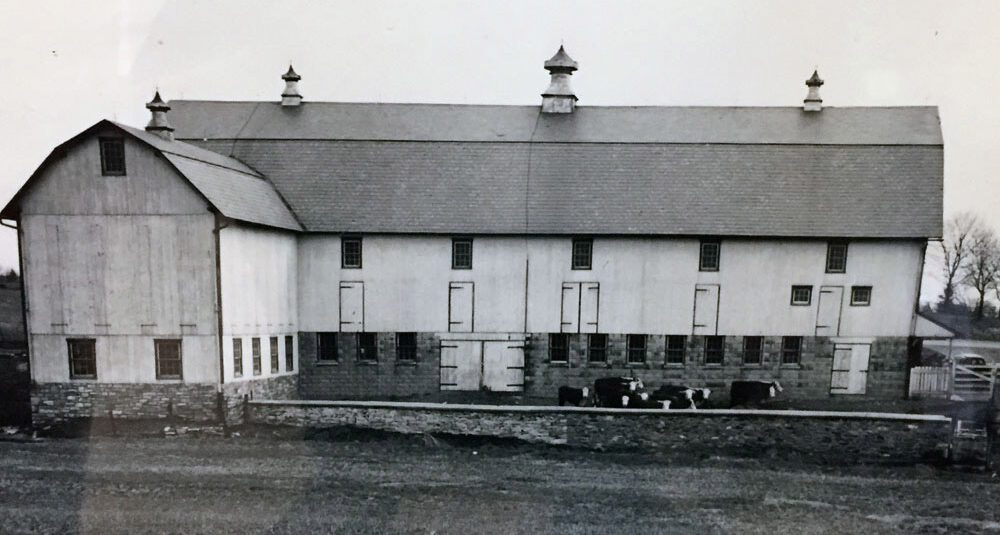 The Rich History of Melhorn Manor

For more than 270 years, the Melhorn Manor property has been a part of Lancaster County’s history. Today it serves as an exquisite barn wedding venue in Lancaster, PA, with all of the modern amenities you could wish for. But it wasn’t always the beautiful venue it is now, and it took a lot of hard work to preserve the history of the property while modernizing it.

Take a trip down memory lane with us as we step back in time to Melhorn Manor’s origins and how we got to where we are today.

The Origins of Mount Joy

To understand our unique property’s history, it’s first essential to understand the history of Mount Joy, PA, where we reside.

The name Mount Joy actually comes from the name of the first ship that broke the Catholic siege—the “Mountjoy”—during the Siege of Derry, but that’s another history lesson. The founding of our home, Mount Joy borough, came a lot later.

In the late 1600s, a Quaker known as William Penn was gifted land from King Charles II. Most Pennsylvania residents already know this, but that land is what we know today as Pennsylvania (and eventually Delaware)!

During the 1800s, the original plantations in the Lancaster County region were divided up into smaller pieces. Three main towns initially emerged: Mount Joy, Richland, and Springville. Four other parcels eventually emerged, but they were later all brought together to form the Borough of Mount Joy.

From Farm to Farmhouse

So when does Melhorn Manor come into all of this? Well, right around 1750, to be precise.

The property of Melhorn Manor originally sat on over 200 acres of land and is one of the oldest and best-maintained properties in Mount Joy to this day.

It won’t come as a surprise to most, but those 200 acres of land were originally—you guessed it—farmland. That land eventually turned into the village of Florin, and the property was ultimately downsized to the three-and-a-half-acre land that it is today.

One of the oldest buildings on the property (and in Mount Joy) is our Stone Farmhouse. It was built in 1750 and functioned as a Stagecoach Inn during the late 1700s and 1800s along the main turnpike from Middletown to Lancaster. In fact, the original mile marker is still in the front yard!

At the turn of the 1900s, the Melhorn family purchased the property and started running a dairy and horse farm. Our three barn buildings were also functional at the time and included:

In the late 1970s, John W. and Sandra Melhorn converted the farm from agricultural to commercial use. The Tobacco Barn was actually a baseball and softball clinic in the early 2000s!

Later, in 2017, Allory and Jessica Melhorn purchased the property and began numerous renovations that transformed the property. Taking care to retain the buildings and barns’ original historic charm, they made sure each structure kept its wooden beams, stone walls, wood flooring, and other details that turned the property into the premier barn wedding venue we’ve come to know and love today.

As one of the top wedding venues in Lancaster County, Melhorn Manor remains proud of its history and elegance. Our historic buildings offer the perfect backdrop for any wedding or celebration event, while still offering modern-day amenities. If you’re ready to learn more, just give us a call or contact us online!